In Order to Accomplish Our Mission We Plan to:

Provide public education regarding effective use of 9-1-1 and Emergency Notification Services. Read more About Public Education.

Make grants to replace the current 1970s-era analog 9-1-1 network with a “Next Generation” 9-1-1 Network. This Next Generation 9-1-1 Network will be a modern broadband network connecting your service provider with the Emergency Call Centers that handle your 9-1-1 call. This new network will use modern technology like that we use every day in personal and business communications. Closing this “Technology Gap” between the 9-1-1 System and your personal and business communications systems will get First Responders on the scene of emergencies sooner. With the modernized 9-1-1 System, First Responders and Emergency Rooms may also get advance information about the nature of the emergency and the physical condition of victims. Read more about Next Generation 9-1-1 Networks.

Our Mission, as a Charitable Organization

As a charitable organization, we will operate in the most ethical, transparent and verifiable manner possible. It is essential that we earn and keep the trust of those from whom we seek donations, and represent the honor and selflessness of the public safety community we seek to benefit.

Specific Activities to Accomplish our Mission as a Charitable Organization include: 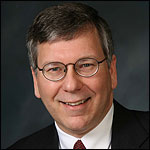 Joseph P. Benkert is a telecommunications and new technologies attorney with a national practice. For almost 30 years he has represented clients ranging from Fortune 100 companies to “mom and pop” entrepreneurs in regulatory, transactional and litigation matters. Mr. Benkert has also represented public safety agencies and 9-1-1 Authorities in Colorado over the past 20 years, and served on the Wireless, Legislation and Rules subcommittees of the Colorado 9-1-1 Task Force. His article, Wireless E9-1-1 Update, appeared in the June 2000 issue of Radio Resource Magazine. Mr. Benkert holds a Bachelor of Science and a Master of Science degree in Telecommunications in addition to his law degree. 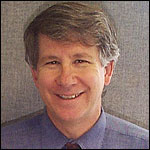 The Green Building Council awarded The Crosby Group one of the first “Silver” LEED Certification ratings for a Data Center in the United States. Mr. Crosby has authored and published books and articles on planning and designing Mission Critical facilities. He continues to serve on an Advisory Board overseeing the development of what will become one of the world’s largest and most energy efficient Data Centers. 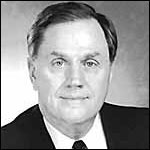 Dean Nelson brings over 25 years experience in sales, marketing and product development in the telecommunications industry to the Board of 911Colorado Foundation. Mr. Nelson currently manages a consultancy that has practices in Telco/Broadband, High-tech, Media and Non-profit governance and works extensively with tech startups. Prior to that he managed a commercial services division at Comcast that helped the cable industry migrate from analog video to IP-based broadband services. Prior to that he managed the Global Business Office at Sun Microsystems and sold open-architecture IP-based voice and data systems to telecommunications industry clients. He has also managed teams that marketed public safety systems and has worked on projects as varied as the New York Transit Authority CAD/RMS system to the software systems running the Fresno County Jail. Mr. Nelson has a BA from the Communications program at Concordia University in Montreal and is a graduate of the Executive MBA program at the Daniels College of Business at the University of Denver. Originally from Canada, Dean has adopted the Southwest and is an avid landscape photographer and cyclist, and plans adventures with his family out of their home in Golden, Colorado.

The brilliance of the 9-1-1 System is that, when it works properly, it knows where you are calling from and automatically routes your 9-1-1 call to the Emergency Call Center for your area which is capable of dispatching First Responders to your location.

When 9-1-1 works properly, help arrives sooner. This happens because you don’t have to figure out what city, county, or fire district you’re in, and find the number of the Sheriff, police, or fire department, before you can call for help. However, the effectiveness of the 9-1-1 System today is challenged by advancing consumer and business technologies, services and methods of communicating. Simply put, the 9-1-1 System has been unable to keep up with technology. Upgrading the 9-1-1 System will help close the technology gap so that the 9-1-1 System works more effectively with modern consumer and business communications systems. Even better, these upgrades will allow Smartphone applications to interact with the 9-1-1 System to dispatch First Responders sooner and provide critical information about the emergencies and the people to which they are responding.

How much longer would it take for help to arrive without the 9-1-1 System? A search of the Internet shows too many news reports of people who died because they dialed 9-1-1 on their Internet or cell phone and reached an Emergency Call Center serving a different area, were unable to reach any 9-1-1 call center, or there was an error in an address database. Here are seven examples where upgrades like those we plan to make to the Colorado 9-1-1 System might have made a huge difference:

You can bleed to death in minutes. Your brain cells can start dying after just 5 minutes without oxygen, such as from smoke inhalation, carbon monoxide poisoning, heart attack, choking, drowning, drug overdose, or stroke. After 6 minutes, brain damage is very likely. You will suffer irreversible brain damage after 10 minutes without enough oxygen. Each minute you don’t get enough oxygen, such as during a heart attack, irreversible damage is done to your heart. Fires can spread and engulf your entire house within minutes.

In an emergency, minutes count.

Many people assume the location determination function of the 9-1-1 Network is just to identify a caller’s location. In actuality, the 9-1-1 Network identifies your location (or seeks to), so that the call can be automatically routed to the Emergency Call Center which can dispatch First Responders to the caller’s location. As the earlier examples show, “knowing” your location is essential since the minutes required for First Responders arriving on scene can make a life-or-death difference.

With the advent of cell phones and continuing introduction of new communications technologies in our increasingly mobile society, 9-1-1 is even more important today than when it was developed in the 1970s. The deployment of Next Generation 9-1-1 with data centers dedicated to locating callers location no matter what technology the caller uses, along with improved data transmission capabilities, will save lives. It’s time to update the 9-1-1 system to 21st century technology!

Email us at [email protected]

To Our Contributors
& Donors

Please See Our List of Commercial Contributors
They're looking out
for you!